The scholarship has been created to honor the Barsanti Brothers service and to support veterans returning from Military Service and/or ROTC Wolf Pack Battalion cadets. The brothers hailed from Tonopah, Nevada.

Angelo enlisted in the Navy 4-1-1942. He served on the USS President Adams and USS Lyon in the Pacific Theater. In 1944 he was commissioned an officer. He was awarded the American Area Medal, the Victory Medal and the Asia Pacific Medal (4 stars). He retired in 1962 achieving the rank of Commander.

William was called to active duty in 1943 and was captured by the German Wehrmacht during the Battle of the Bulge in late December 1944. He was a prisoner in Stalag 11D in Poland until April 1945, and was liberated by the famous Scottish Black Watch Regiment in May 1945. He was awarded a Purple Heart and three Bronze Stars. William attended and graduated from the University of California Berkeley with an accounting degree. He became a managing partner and Senior Vice President with the Arthur Anderson Accounting firm. William opened and managed many of the international offices in Europe and Italy.

Elio “Al” Barsanti completed one semester at the University of Nevada before entering the Army in 1944. He served in Germany as part of the 707th Medical Transport Battalion and then was a Military Police Officer in France and Germany guarding German POWs. Following his discharge, he returned to Reno and completed his college degree in economics. His career would be in the insurance industry. After a long period of time with Metropolitan Life as District Manager, Al & Adele opened the Al Barsanti Farmers Insurance Agency in 1977. Al retired from Farmers in 1993, but continued to work with his son, John in his business – the John S. Barsanti Farmers Insurance Agency until his death in 2007. 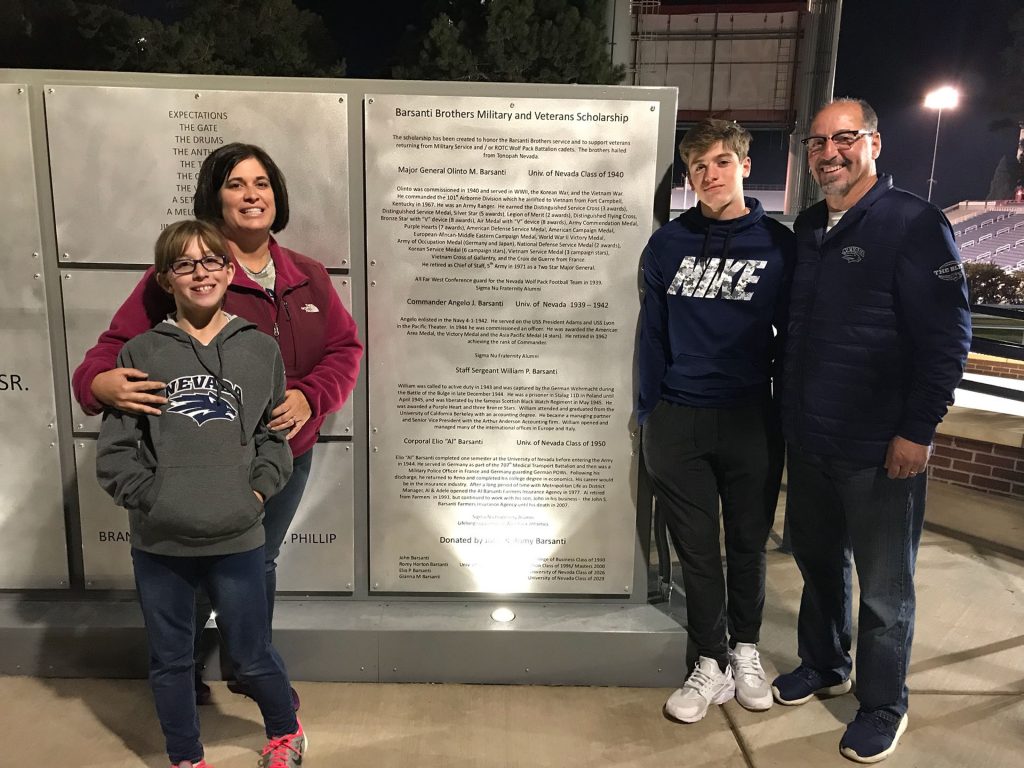